The Autumn Furby has orange body fur. It has black stomach fur, and a black tail. The faceplate is black. It has black feet, orange ear insides, black ear backs, and black eyelashes.

It wears a tall black witch's hat with a green band.

This poem is found on Autumn Furby's tag.

A prototype for the Autumn Furby differs a little. This Furby has light orange body fur and It has black stomach fur. The faceplate is cream and It has black feet, white inner ears, black ear backs, and black eyelashes with unique black eyelids. 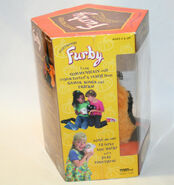 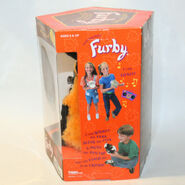 Retrieved from "https://official-furby.fandom.com/wiki/Autumn_Furby?oldid=44180"
Community content is available under CC-BY-SA unless otherwise noted.