free (given out as a prize)

A set of two electronic foxes entitled "Donbei Original Kakeai Manzai Pets (どん兵衛 オリジナルかけあい漫才ペット)" were given out as a prize by Nissin in Japan during 1999. These electronic pets were based off a Furby's design.

The two foxes have names. The name of the pink fox is Kucha Bei (くちゃ兵衛), but the name of the orange one is Pecha Bei (ぺちゃ兵衛). Both wear aprons with Donbei's logo on them, and they have green cross-eyed eyes. Each fox also has a tail and a set of eyelids which move. Their bottom mouths move up and down as they speak. Unlike Pecha, Kucha has eyelashes. Pecha has eyelids that are a lighter shade of orange than his fur, and Kucha has eyelids which are a different shade of pink from her fur.

Aside from having a tail, a bottom mouth, and a set of eyelids which move, not much is known about them. According to the manual, they can speak to each other and sing. It is unknown if their voices or phrases are the same as the voices used for their counterparts which were made in 2000.

An image of the prototype versions of Pecha and Kucha. This photo has appeared on a few promos for the competition from which the two foxes could be won. 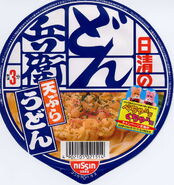 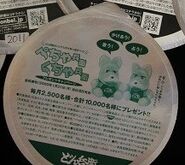 Plush versions of the Kakeai Manzai Pets are known to exist, but little information is known about them. It is not known if they can speak.

Keychain versions of Kucha and Pecha were also given out as a prize by Nissin, however, not much is known about them.

The box the keychains came in

The Nissin logo appearing on the box 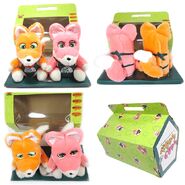 Kucha and Pecha with their eyes shut in their box 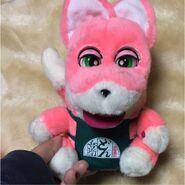 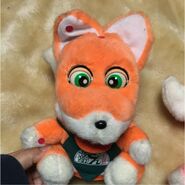 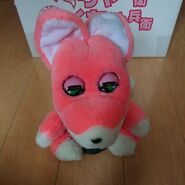 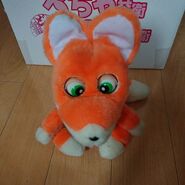 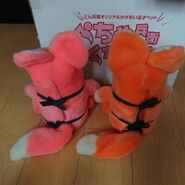 Kucha and Pecha's backs and tails

Kucha and Pecha out of their box 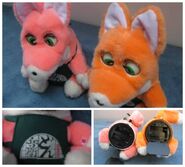 The inside of the manual 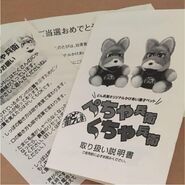 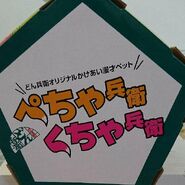 Pecha and Kucha's names on one side of the box 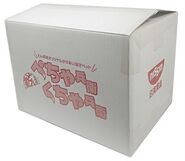 Retrieved from "https://official-furby.fandom.com/wiki/Donbei_Original_Kakeai_Manzai_Pets_(Furby_Fakes)?oldid=25070"
Community content is available under CC-BY-SA unless otherwise noted.