Dubby is a 1998 Furby fake which speaks Furdish.

Dubby is quite similar looking to a 1998 Furby. They have what looks like paws or small hands at each side of themselves, and a white stomach. Their eyes are known to be either brown or gray, and they can have a faceplate which would either be black or white. 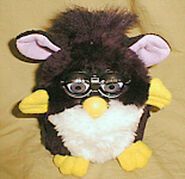 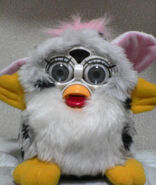 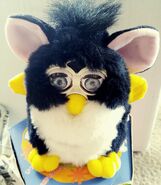 A Dubby and a Furby Baby in their boxes.
Add a photo to this gallery

Retrieved from "https://official-furby.fandom.com/wiki/Dubby_(Furby_Fake)?oldid=31234"
Community content is available under CC-BY-SA unless otherwise noted.