It has a plastic shell unlike the 2012 Furby, possesses a phone-like tummy, has an on/off switch, and has ears made from either silicone or rubber. They may come in pink, blue, yellow, or green.

Its tummy has several phone-like number buttons that you can press for a few different stories and songs. Its eyes light up and its ears change color when they light up. They can imitate anything you say, too. The toy sings a song called Ooh La La by Britney Spears from The Smurfs 2 movie.

The boxes of some Eidolon's have a picture of a baby Eidolon (or Furbling) hatching from an egg on a phone though there is no app for this toy. The box art work for the English version of the toy plagiarizes most of the box art of a Furby boom while the Chinese version plagiarizes some of the box art for the 2012 Furby's. 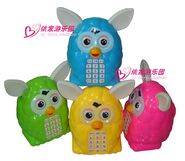 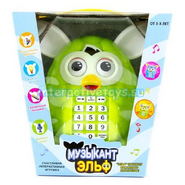 The Russian version of Eidolon Funny

A list of stories Eidolon Funny can tell, and songs it can sing. Some of the names of the songs and stories on the lists have grammatical errors. 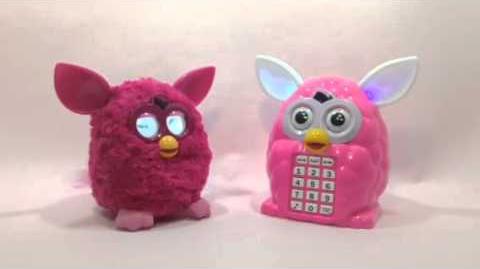 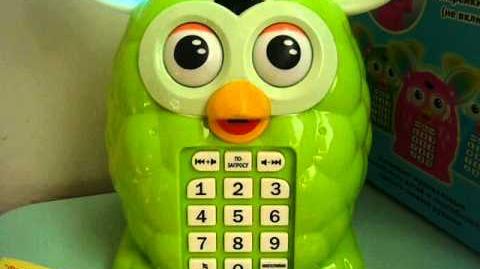