It was first released with 4 different color combinations, which later expanded to 16. The approximate retail price at which they sold was $39.99 (USD). Sales were poor due to the limited voice recognition, and the popularity of the FurReal Friends line of toys at the time.

The new Furby design was almost double the size of the original Furby and featured a rubber beak, proper plastic feet (opposed to fabric material ones), bigger ears, eyes with more detail, no tail (except for Funky Furbys) and a different body shape. It also has a switch which activate any of the following modes: on, off, and try me. Unfortunately, the rubber used for the beak does not hold up well over time and many Emoto-Tronic Furbys have damaged beaks.

A 2005 Furby has a tummy sensor and a back sensor much like a 1998 Furby. The 2005 Furbys do not have an infrared sensor or light sensor between their eyes like the 1998 Furbys, therefore, they cannot sense changes in light. They can only communicate with another Furby if both of the Furby's stomachs are pushed in for a few seconds until they blink. The 2005 Furbys can communicate with the 2005 Furby Babies and other 2005 Furbys only. They can eat when their mouth sensor is pushed with a finger or Furby spoon. This Furby could also smile with a mechanism inside the rubber beak.

This series of Furby focused on being able to understand speech and respond accordingly rather than just recognizing loud sounds. To get its attention, You must say "Hey Furby!" Once Furby says "Huh?", "Hmm?" "What?" "Doo?" or " Yeah?", you can give it a command.

How to Reset Your Furby

In 2005, a new version of Furby Baby was released, with most notable features being the new look and a more "baby-ish" appearance in contrast to the Emoto-Tronic Furby adult. They also have considerably fewer features than the "adult" Furby, with a very limited vocabulary and a lower level of interactivity.

A photo of Hilary Duff from a People magazine (published in October, 2005) 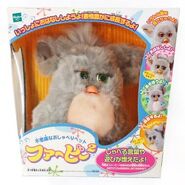 A photo of the 2005 Furby's and Funky Furby's voice actress.

Screenshot from the 2007 movie "Transformers"

A Furby suit that was seen at the celebration of Furby's launch in Spain, Madrid

a gray and neon pink furby

a png image of the Prototype Furby

A Furby adoption certificate which could be printed from the official Furby website. This certificate was filled in by a PhotoBucket user.

an online postcard from the official Furby website from 2005

another online postcard from the official Furby website from 2005

an image of a 2005 Furby prototype

A prototype Furby visible in a photo taken at Tomy's headquarters in Katsushika, Toykyo. The photo shows two Furbys having their stomachs pressed together for a few seconds.

A page from a Spanish magazine called Disney/Walden: Peluches advertising the 2005 Furbys

The feet of a Emoto-Tronic Furby.

A German Furby with it‘s manual.

A Charcoal 2005 Furby with only an ON/OFF mode 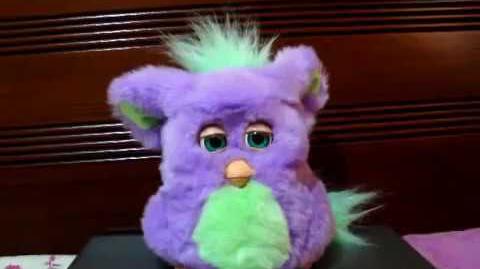 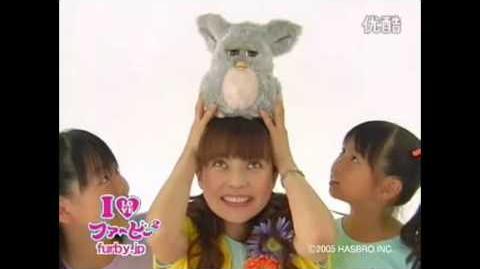 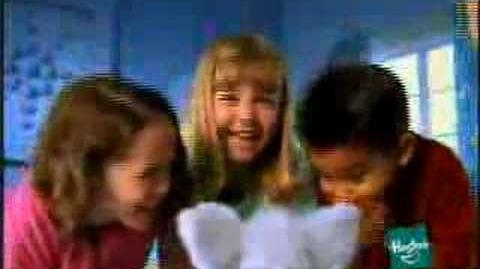 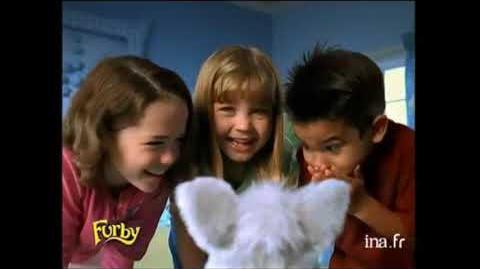 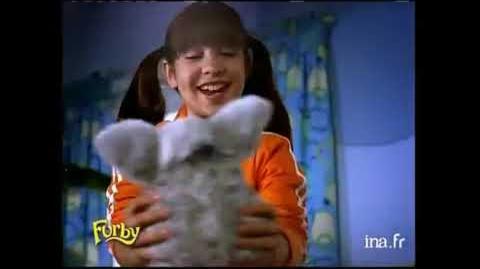 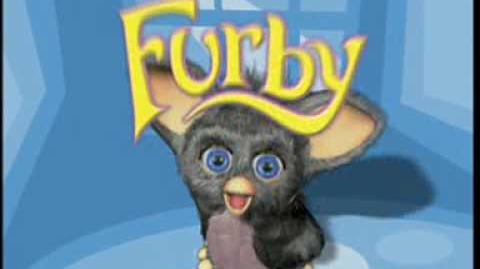 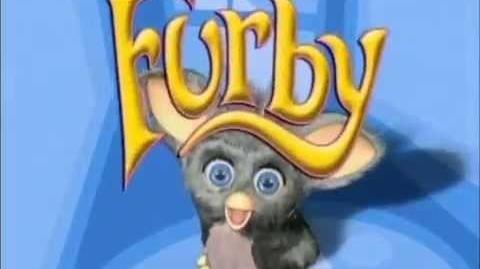 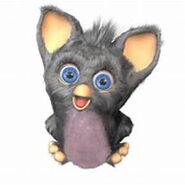 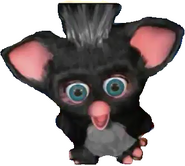 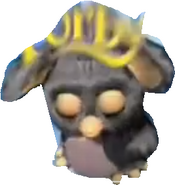