Foobie (not to be confused with Fooby) is a Furby fake that was distributed by an anonymous company.

The Foobie's are known to come in a few various color schemes . He has 2 wings, a wide beak, and big ears. His beak can also come in yellow or red. Two other versions of Foobie are known to exist, including an all-yellow Foobie which has pointy ears that look like horns on the side of its head with small hands, and a French gray Foobie which has hands instead of wings. Fooby's eyes can be brown, or blue. Some Foobies have a line dented on their beaks, while some don't. What is believed to be another version of Foobie sold in France, but with a different appearance exists as a knockoff called Gowy.

It has a tickle sensor, a feeding sensor, a back sensor, a sound sensor, a light sensor, and 2 sensors in its ears which cause it to say "I don't feel good!" and "No good!" Foobie has a voice that is unique from many knockoff Furbys. Foobie will say, "Hello, my name is Foobie. I like to play. Please be my pal," once batteries are inserted. Foobie can also sing Twinkle, Twinkle, Little Star. However he has no coded movements. If he speaks his beak, eyes and ears will move in a loop until he is finished with his action. 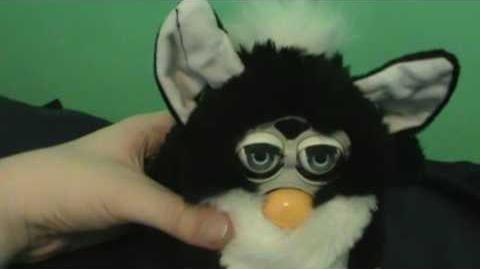 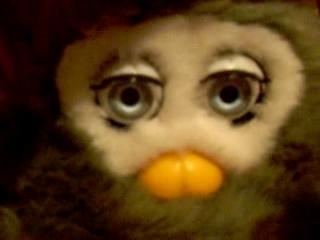