Furbacca is a 2015 special edition Furby from Disney's Star Wars. It has a special app to interact with the Furby.

Furbacca is a Furby that is based off Chewbacca from Disney's Star Wars: The Force Awakens which debuted in late 2015. He, like his favorite Star Wars character, can talk Wookie and was was first announced in February 2015. He was released in August of the same year. You can pet his head to make his eyes show various expressions and graphic elements from the Star Wars universe including like lightsabers, X-wing fighters, and star destroyers. He can hum Star Wars music and imitate sound effects. Furbacca can sometimes get grumpy. There's even a Furbacca app with the same features as the Furby Boom app. Furbacca retailed for an MSRP of US $80.

The appearance of Furbacca is the same as the Furby Boom!'s appearance, and he looks similar to the character that he is meant to represent, Chewbacca. He has brown fur and there are also lighter brown highlights in the fur. Furbacca's ears are a dark brown, with an oddly shaped hole in each ear. His feet are also the same color as his ears. This Furby wears Chewbacca's signature bandolier, but instead of having a rectangular pattern, it has a circular pattern. 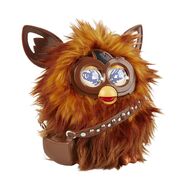 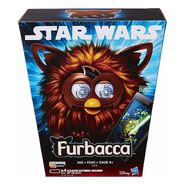 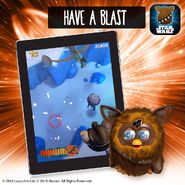 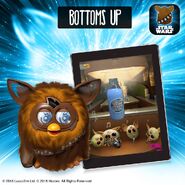 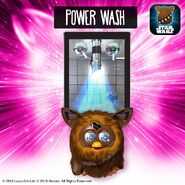 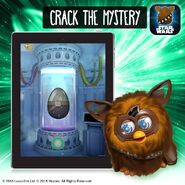 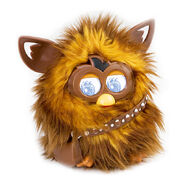 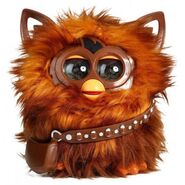 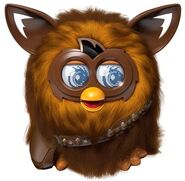 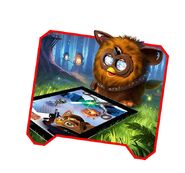 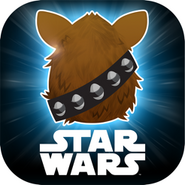 Furbacca interacting with Furby Boom
Add a photo to this gallery
Retrieved from "https://official-furby.fandom.com/wiki/Furbacca_the_Wookie_Furby?oldid=35233"
Community content is available under CC-BY-SA unless otherwise noted.