This page is for the Furby fake toy, Furbish. For the language, click here.

Furdish; localized to English/Japanese depending on the market

Furbish (ファービッシュ in Japanese) is a Furby fake that was based off the original Furby toy. It was made by B/O Electronics, a company that produced many iPod knockoffs.

Furbishes speak Furdish, like many fakes based off the original Furby toy, however, the language is referred to as "Furbish" in Furbish's manual. They were sold more commonly in Japan than other countries. Japanese Furbishes have a slightly-modified vocabulary from an English speaking one, which includes singing and talking more, with some new words and sounds added in. Furbishes can sing songs like "Old McDonald", "Twinkle Twinkle" and "Brahms Lullaby."

Furbishes can be tickled, pet, fed, and they can react to light, sound, and being tilted. Furbishes can also play games just like a Furby. They can play Furbish Says, Ask Furbish, and Hide and Seek.

Furbishes are similar to Furbys, but they have arms with yellow paws, a heart molded onto their IR port, and a pointed beak. Furbishes have a white tag labelled "B/O Electronics". Furbishes usually have eyelashes that aren't as neat as those of a Furby.

Furbishes come in 3 color combinations: black and white, pink and white, and all-white. Furbishes only come with gray eyes, excluding the prototypes on Furbish's packaging, which have brown eyes. Some Furbishes that were sold in Japan have black eyelids instead of white ones. The names listed in the color chart below are unofficial. 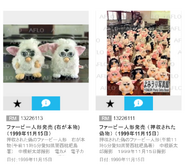 A screenshot from AFLO's online archive of editorial images, showing two photos of seized Furbishes at a police station in Japan.
Add a photo to this gallery 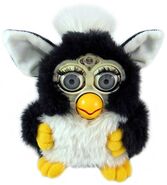 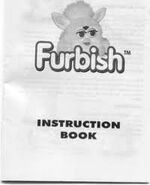 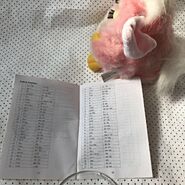 Furbish's dictionary from the manual 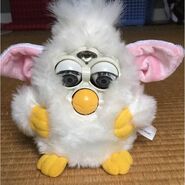 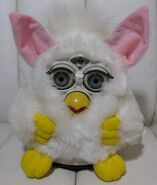 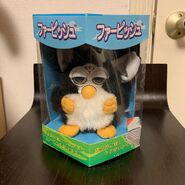 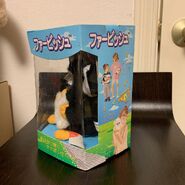 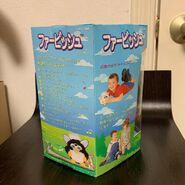 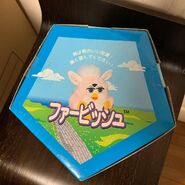 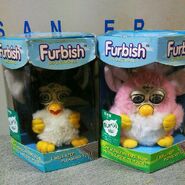 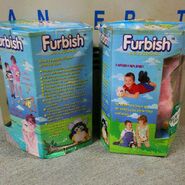 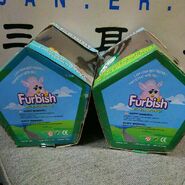 A Black Furbish behind a Chinese 2005 Furby's manual.
Add a photo to this gallery 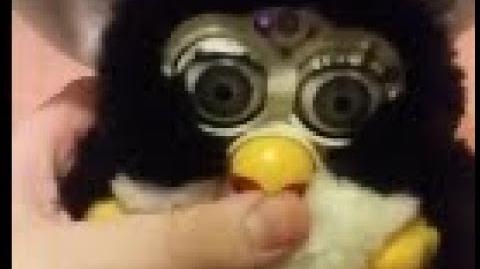 Demo of a Black Furbish 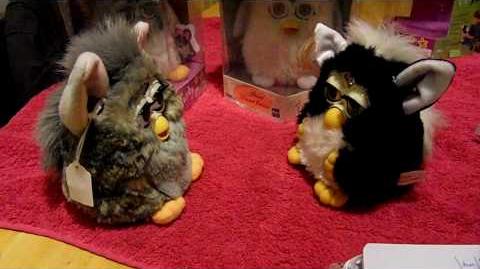 Retrieved from "https://official-furby.fandom.com/wiki/Furbish_(Furby_Fake)?oldid=41556"
Community content is available under CC-BY-SA unless otherwise noted.