A new generation is hatching

Hasbro
The Furby Boom (stylized as Furby BOOM!) is the updated version of the Furby 2012. They arrived in 2013 with the slogan "A new generation is hatching". These Furbys could connect to their own app.

A Wookieee Furby based on Star Wars called Furbacca was also released based on this design. It had a separate app.

When a Furby Boom creature is happy, it will lay an egg on an IOS (4.3 or later) or Android (2.3.3 - 10.0) Device (iPod Touch, iPhone, iPad, etc.). The egg then hatches and your Furby boom now has a baby known as a Furbling. Caring for the Furbling is almost identical to playing with a Tamagotchi. It can also play games with Furby Boom and other Furblings.

Up to 50 eggs can be layed by a Furby Boom. Each one has a unique style, personality, and color scheme. The Furblings may or may not resemble the color scheme of their parent.  Also, the truck drives your Furbling to its room. Furby Boom was marketed to interact with the Furby App on IOS devices and Android devices. However, Hasbro never updated the app to be compatible with operating systems past iOS 10, making it nearly impossible to download.

The Furby Boom's design is a slightly modified model of the Furby 2012 design. They have the same body shapes and mechanical movements. There are some noticeable visual differences in the two designs. Most Furby 2012 furs have a textured pattern in them, as well as a head hair tuft, and Furby Booms lack these. The Furby Boom has more colorful patterns, jagged edges on the faceplate, a larger light/infrared sensor, a slightly smaller beak with a more detailed tongue, plastic feet rather than material feet, and jagged holes inside the ears.

They also have different personalities.

Furby Booms are round and fluffy. They have opaque plastic ears with a shaped hole. Each one has a tail that can be pulled. The jagged faceplate surrounds the eyes, and an asymmetrical black (non interactive) light sensor is placed above.

Furby Booms from the Crystal series have translucent, crystal-like glittery "polygon art" ears with no holes. Their feet and faceplate are also of this design.

Furbacca the Wookie Furby has the same ears and faceplate as the Furby Boom. It has unique, fluffy fur and wears a bandolier shoulder belt.

The Furby Boom starts off in the sweet personality. The other personalities available are hyper, rockin', jolly, or feisty.

According to the Furby Instagram, Furbys love exploring, dressing up, celebrating holidays, and pulling pranks. They love eating ice cream and gummy worms. They like collecting friends, and making friends out of anything. They only time they’re quiet is when they’re sleeping.

There are 129 Furby Boom names. Furby Booms come without names - instead, the owner chooses a name through the Furby Boom app. 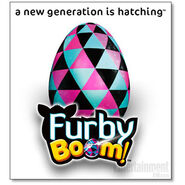 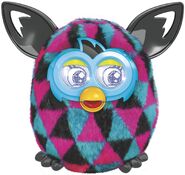 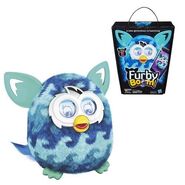 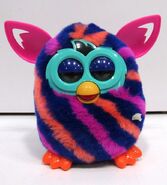 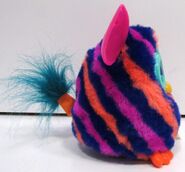 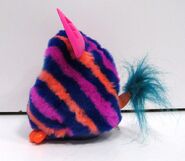 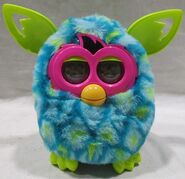 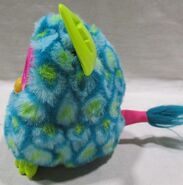 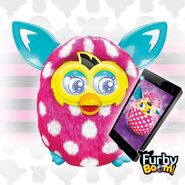 Comparison between a Furby Party Rocker & and a Furby Boom 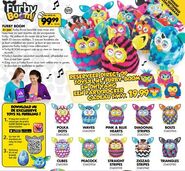 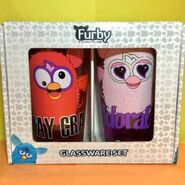 The inside of a Furby Boom in the game. 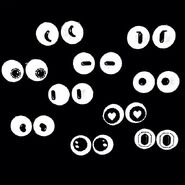 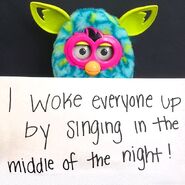 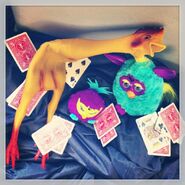 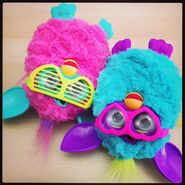 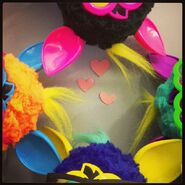 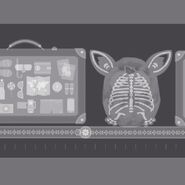 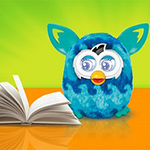 Artwork used on Hasbro.com for the Furbish Dictionary

All about Furby BOOM!