Gaoming electronics (unconfirmed)
Furdy (otherwise known as Fofito according to the Spanish version of the toy) is a poor quality knock-off 1998 Furby which was created by an anonymous company (possibly Gaoming electronics) in China. Furdy speaks a language common to many Furby fakes known as Furdish.

Furdy's appearance is almost exactly like a real 1998 Furby design-wise, though noticeable differences include the denim bow-tie sewn onto some Furdys, and the bright yellow coloring of Furdy's beak. Furdy comes in the colors of the Skunk, Leopard, and Snowball Furbys. All Furdys have brown eyes, and on the underside of each Furdy you will see the Furdy logo. Some Furdys may have a black or a red bowtie.

Though it's not known when or if Furdy's usual design was registered, another design for Furdy was registered by Gaoming Electronics in China on March 18th, 1999 (granted on September 29th, 1999).[1]

This version of Furdy has hands and a mane. It is only known to come in what appears to be a skunk variation. This version looks similar to another furdish-speaking Furby Fake called Dubby. 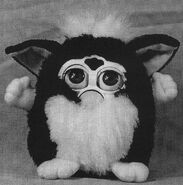 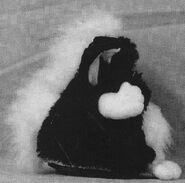 A side view of the Furdy 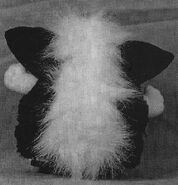 A back view showing the Furdy's mane 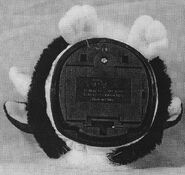 The base of the Furdy 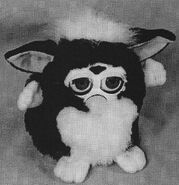 Another photo of the Furdy

A version of Furdy that says some phrases a Furby says in a Furby's voice exists. It has the same appearance as a Furdish-speaking, and is only known to come with the colors of a Baby Pink Furby Baby, but with a white head tuft, gray ear-backings, a white tail and orange feet. It's unknown what the box and manual for this version of Furdy look like, and if they are different from a Furdish Furdy's manual and box. This version of Furdy, like the Furbish-speaking Purby and an alternate version of Furdy, lacks coded movements and moves its eyes, ears, and mouth in a loop until it has finished speaking.

The back of the pink Furdy

A side of Furdy's box

A side of Furdy's box

The story of Furdy. If you look closely at the last line, the word "Furbys" instead of "Furdys" can be seen. 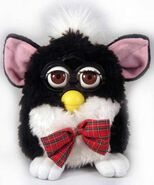 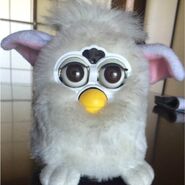 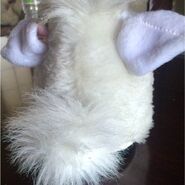 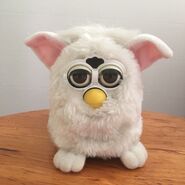 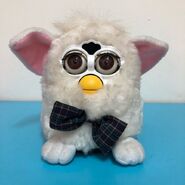 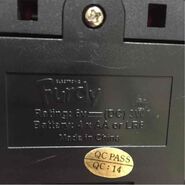 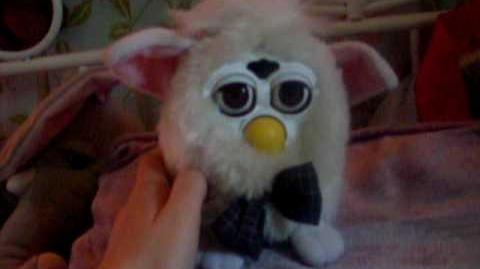 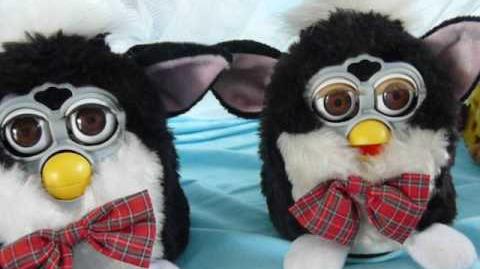 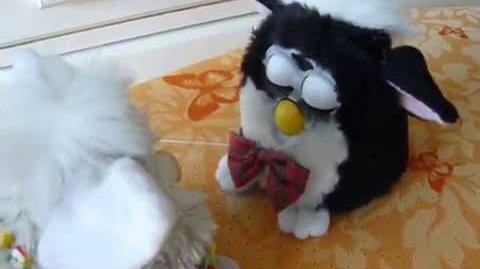 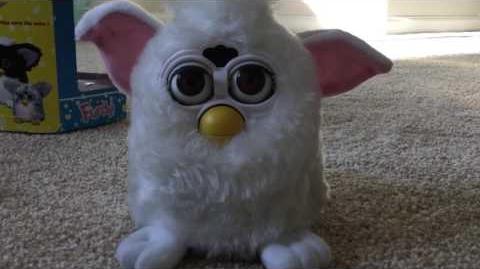 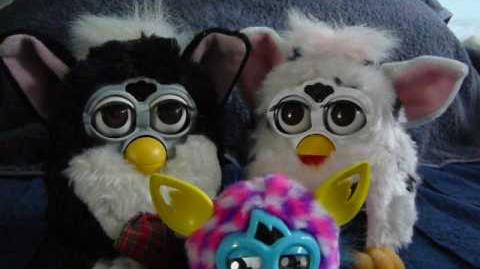 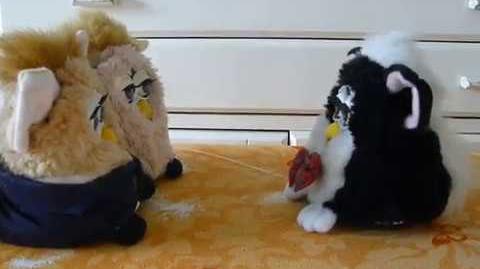