Leopard is the name given to a Generation 1 1998 Furby. It is known as the most common Furby, and the first Furby of Generation 1.

This Furby has a pink tail and a pink tuft of fur on its head, and it has gray body fur with black spots over it, which varies with each Furby. It also has orange feet and pink stomach fur with a gray faceplate.

Image of a prototype Leopard Furby 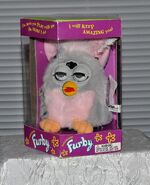 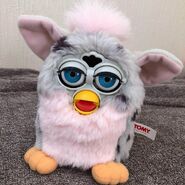 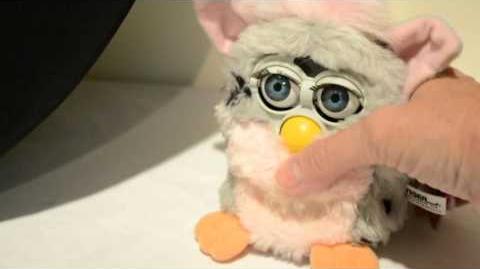 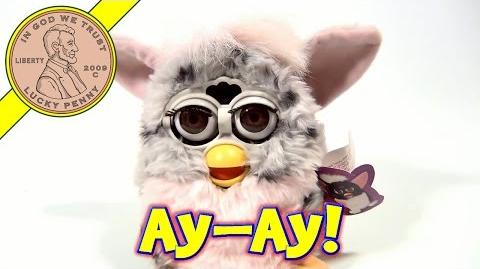 A demo of a Leopard Furby with a cold by Lucky Penny Shop
Add a photo to this gallery
Retrieved from "https://official-furby.fandom.com/wiki/Leopard_Furby?oldid=27136"
Community content is available under CC-BY-SA unless otherwise noted.