The Lion Furby is an unproduced prototype 1998 Furby for generation 10.

The Lion Furby has light brown hair all over its face, which is meant to resemble a lion's mane. It has brown and white circular shaped eyes and a yellow beak made from plastic. 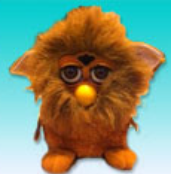 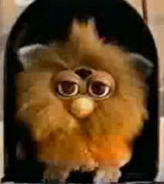 The Lion Furby in the No Furby Like Mine commercial.

Retrieved from "https://official-furby.fandom.com/wiki/Lion_Furby?oldid=32903"
Community content is available under CC-BY-SA unless otherwise noted.