A LongFurby, often also referred to as Long Boi, is an oddbody Furby known for its long body. They vary in length, but are generally in the 3 to 5 foot range. Traditionally, they still have their ears and feet, but the only real requirement is that they have the Furby face. To support their long bodies, a plastic doll armature, wire, or coolant pipes are used as a skeleton, making them poseable.

The Tiger Electronics/Hasbro body is gutted and partly replaced by a long, flexible, stuffed, worm-like, plushy body. Alternatively, there have been instances of Hasbro Furbys not being gutted and simply being skinned and put into a new, albeit longer, coat of fur while remaining fully functional. In the latter case, a pouch with a zipper is added to the new skin right below the Furby's original body to allow for access to its battery compartment. And they also sell these odd body long furbys on etsy.

LongFurby is a self-proclaimed "cult" that is often flaunted online and sometimes practiced publicly in real life. This most likely stems from the fact that members of this community often meet remarks about the supposed creepiness of their creations with jokes about demon possession, hauntings, human sacrifice, and occultism in general.

Any generation can be made into a LongFurby, but it is most common to see the original Furbys or their beanbag buddies to be used in the long variety.

LongFurbys can be placed into two main categories.

Tumblr user furbyfuzz, also known as Aloe, created the first LongFurby, with the initial thought of "What if Furby was.... longer...".  "She was an Idea that I just had to get out and onto paper". 5 months after drawing the concept, on May 14th, 2018, LongFurby was born. Aloe calls her Momma LongFurby. Aloe became famous within furblr, and produced LongFurbys to sell. Many other people started making their own LongFurbys, developing a LongFurby community niche inside the Furby fandom. There's even a dedicated website gallery for all the long bois, longfurby.com. Anyone with photos of their long Furbys can submit to the site and have their longest bois added to the long Furby compendium.

Momma LongFurby uses the faceplate and base and feet of a Furby Buddy.

One of the first photos

Feel free to add your own LongFurbys! 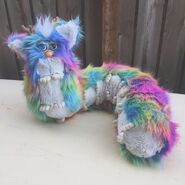 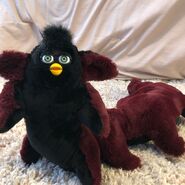 artist's depiction of a loaf furby by @par-vollen 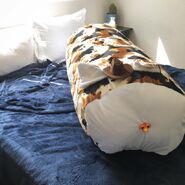 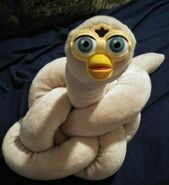 A Merby called Shrimp from @corpsebod 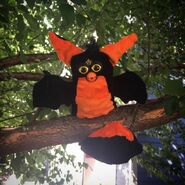 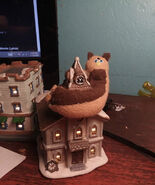 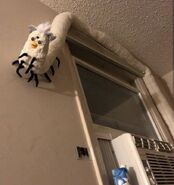 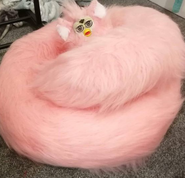 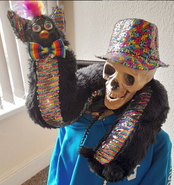